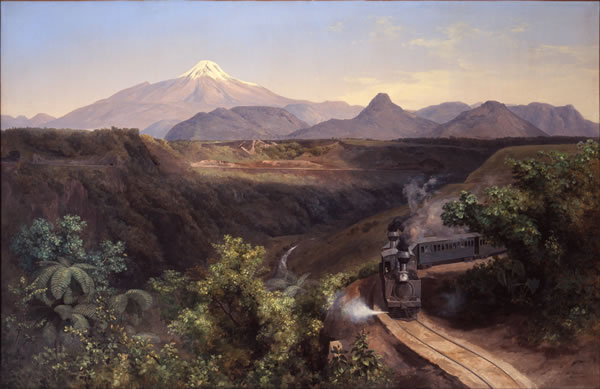 Assistant Professor Anne Eller opened the “Reframing Latin America’s Nineteenth Century” conference with a programmatic call—students, professors and scholars were encouraged to rethink or rather reconstruct the nineteenth century in order to complicate conventional timelines and geographic boundaries that typically frame research on the region. This call was answered in the dynamic papers given at the conference. The conversations were led by specialists, such as Yuko Miki of Fordham University, Roquinaldo Ferreira of Brown University, and Lara Putnam of the University of Pittsburgh. The panelists featured prominent scholars from across the country. Students, faculty, and scholars filled the Andrews Society Room in the Hall of Graduate Studies on February 27-28 to hear specialists grapple with issues concerning gender, territory, nation, time, memory, labor and justice. Professor Eller reminded the audience that “outside of the apotheosis of language dividing ‘civilization’ and ‘barbarisms,’ alternative visions also flourished, but they faced heavy contest. From Yucatan to Jamaica, and to Buenos Aires to Angola, labor modes were transforming. No easy binary, for example, divided Atlantic slavery and freedom.” The panelists pushed participants to expand the categories of people, spaces and temporalities that typify research on Latin America. Following the provocative papers were stimulating conversations that provided crucial introspection on historiographical interventions and scholarly queries that animate research on the region and period.

Conference organizers Professors Anne Eller and Marcela Echeverri, Council on Latin American and Iberian Studies Program Manager Jean Silk and History graduate student Brandi Waters challenged scholars and students to tell more diverse and complex stories about the past. Participants stressed the importance of including indigenous, Afro-Latin Americans and women in research. Professor Eller explained, “As historians, we direct our queries not only to the apparent victors, but to societies that might have been.” The keynote address by legal scholar Martha Jones, entitled “Navigating Free Black Citizenship: Port City Encounters from Baltimore City to Valparaiso,” encouraged audience members to think deeply about the historical ruptures and continuities that shape the African diaspora. The thoughtful reflections on the past detailed in the papers converged to establish provocative inquiries and historical interventions.

Assistant Professor Marcela Echeverri asked the audience and panelists, “Does space and time allow us to get perspectives that are multiple or varied?” The urgency for such a conversation was evidenced by the vibrant audience participation and packed room. Students came from various parts of the country to take part in the conference. All the papers outlined the tremendous legal pluralism of the nineteenth century and moved beyond national frameworks to challenge the audience’s understanding of the period.

The conference was organized with the generous support of the Council on Latin American and Iberian Studies, the Edward J. and Dorothy Clarke Kempf Fund, the Gilder Lehrman Center for the Study of Slavery and Abolition, and the Department of History.