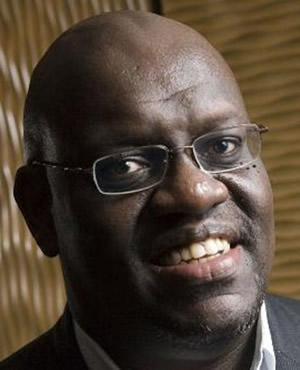 Githongo has dedicated his career to investigating bribery and corruption in his home country. Prior to founding Inuka Kenya Trust, a grassroots advocacy group, Githongo worked both as a journalist and in an official government capacity exposing and fighting domestic corruption. When accusations of ministerial-level fraud resulted in threats on his life, Githongo moved to the U.K., returning from exile in 2008.

“Corruption is here, and it is stronger than ever.”

In his lecture, Githongo tackled corruption, from overseas tax havens to big banks in the United States and their lack of accountability–those that are “too big to fail and too big to jail.” He questioned the current status quo regarding the ethics of foreign aid and warned of the corrupting effects of campaign finance and lobbying in politics.

Githongo rejected the notion that some cultures are inherently more susceptible to corruption; however, he did discuss corruption’s varying manifestations across different societies.

Corruption extends far beyond the political arena, and Githongo cautioned that it is time to view corruption and security failures as inextricably linked. It is time, he urged, for politicians, the youth, and the international community to speak out against this endemic problem for the betterment of political stability and national security.

“2014 was a terrible year for security and development around the world. Without significant efforts for reform, 2015 will be just as bad.”