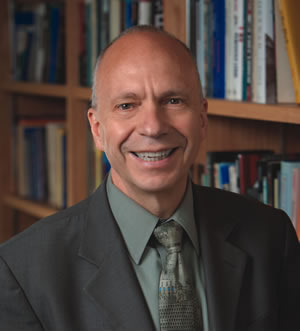 Looking back on the spring semester, I am impressed by the level of activity sustained by the MacMillan Center and each of our councils and programs. Kenya’s most prominent anti-corruption activist and CEO of Inuka Kenya Trust, John Githongo, joined us on February 11 to give our flagship Coca-Cola World Fund at Yale Lecture. In his talk, entitled “Corruption, Security, and Development: Volatile Nexus,” Githongo tackled corruption, from overseas tax havens to big banks in the United States and their lack of accountability–those that are “too big to fail and too big to jail.” He questioned the current status quo regarding the ethics of foreign aid and warned of the corrupting effects of campaign finance and lobbying in politics.

In February, Patrick Murck, Executive Director of the Bitcoin Foundation, joined the MacMillan Center and The Politic, Yale’s undergraduate political journal, in a talk entitled “Bitcoin: Building the Digital Economy.” The Jackson Institute for Global Affairs hosted former Under Secretary of Defense for Policy, Michèle Flournoy, for a town hall dialogue on leadership in conversation with Gen (Ret.) Stan McChrystal.

In March, the South Asian Studies Council hosted Palagummi Sainath, one of the most distinguished and widely read journalists writing on rural affairs in the world today. He delivered the talk entitled, “The Everyday Lives of Everyday People: Journalism from Below in the Digital Age.”

Last month, the Honorable Dr. Henry Kissinger joined the Johnson Center for the Study of American Diplomacy for the fourth annual conference on “World Order 2025: Conflicting Visions of the International State System.” In a talk moderated by Niall Ferguson, Laurence A. Tisch Professor of History at Harvard University, Dr. Kissinger addressed the packed Levinson Auditorium audience on his vision of America’s role in a changing world order.

I am also pleased to announce that an interdisciplinary Russian Studies project was launched at the MacMillan Center in January. It is led by Paul Bushkovitch, Reuben Post Halleck Professor of History; Thomas Graham, Jackson Institute Senior Fellow; and John MacKay, Professor of Slavic Languages and Literatures, and Film and Media Studies. The project offers a diverse set of events and activities, and offers three intersecting programs under the auspices of the European Studies Council of the MacMillan Center: Rethinking Early Modern Russia, Contemporary Thinkers, and Russian Film. Please take a moment to visit the website at russian-studies.yale.edu.

I’ve mentioned just a few of the exceptional events that have taken place over the past five months. Please read about them and the others highlighted in the pages of this newsletter.

My best wishes to you for an enjoyable summer.